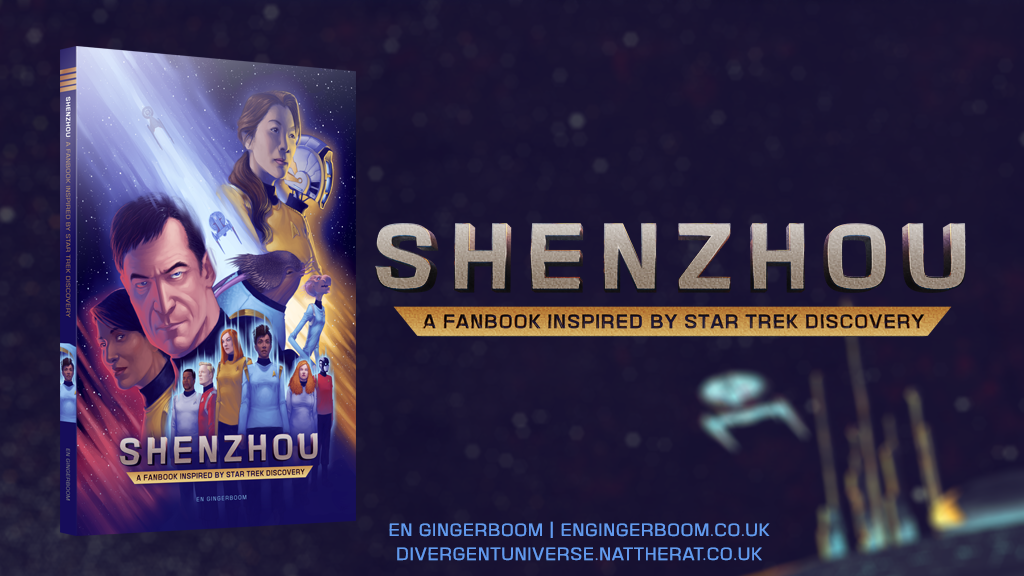 Shenzhou is a Star Trek: Discovery fanbook written and designed as though Star Trek: Discovery was a spin-off series launched in 1974. Following the success of the original series, viewers tuned in to watch the continuing adventures of Captain Philippa Georgiou (Captain Kirk's role model, of course!) and her crew, charting unknown space and meeting new civilisations. Most notably, the fanbook features a vast re-imagining of the Star Trek universe, with new alien designs and resulting timeline changes.

It contains comics, stories, and art, detailing the three seasons of the imagined Star Trek: Shenzhou (plus two feature length films!), all contained within a book of about 170 pages (final page count TBD). The aliens have been redesigned, events rewritten, and it follows TOS/TNG storytelling formula. The finish of the main comic and some of the extra art is even fashioned after The Original Series 1969 UK comics! If you'd really prefer something more recognisable as the Star Trek Discovery you watched though, never fear! The latter part of the book is dedicated to "Primeverse", following events of the show, with humanoid aliens and only a few changes (okay, it turns out there's more than a few, but still!).

Since 2014, I've run a Star Trek fan blog in which I have redesigned aliens, and as a result ended up generating a large reinterpretation of the Star Trek universe. I've made things spanning every Star Trek television show, and most of the movies, and I have considered compiling some of this content into a fanzine for years. When Star Trek: Discovery aired, I was so inspired by the USS Shenzhou and her crew that I created enough content for a book even before it had finished broadcasting! Shenzhou is a labour of love fanbook, and though it changes much, it comes from a place of deep belief for the spirit behind Star Trek. I hope you'll enjoy the book just as much as I enjoyed making it!

Star Trek Shenzhou takes place in an alternate universe, where things range from a little different to very different. The aliens are more alien, some characters may have different names and roles to what you might expect, and some events went down very differently. The ship, technology, and uniforms all resemble The Original Series more closely, including video screens, no ship-internal transport capability, and a thousand unlabelled buttons.

This section of the book contains "Strands of Silk", a short illustrated story exploring Saru's past and present through Captain Georgiou's perspective, and "A Caitian In Sheep's Clothing", a comic set during Star Trek: Shenzhou's imagined second season in which trade agreements with Caitian merchants break down when they take Saru captive. It also features many illustrations of the characters, from their time before the USS Shenzhou mission, to the retirement of the vessel, including mini-comics and short stories, even cameos from The Original Series and The Animated Series. 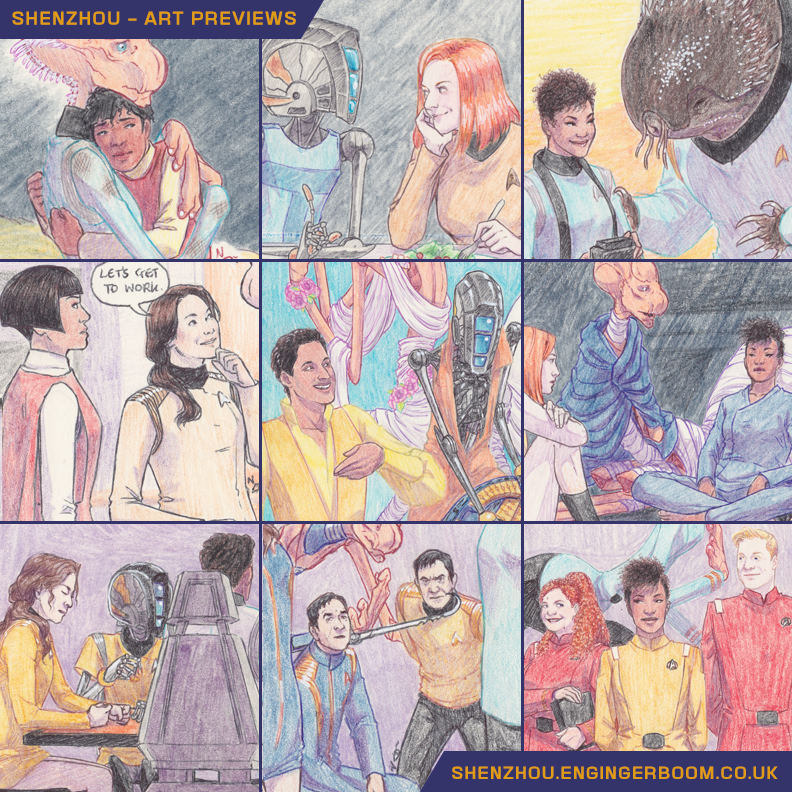 Of course, it wouldn't be a Star Trek: Discovery fanbook if it didn't also contain something a little more recognisable as the show! The Primeverse section of the book follows the show more faithfully, with humanoid aliens and just a few small tweaks...

The Primeverse section of the book contains illustrations and the first two chapters of "On Her Wings", an illustrated story about Empress Philippa Georgiou surviving Gabriel Lorca's first attempt on her throne and the unexpected allies that help her. 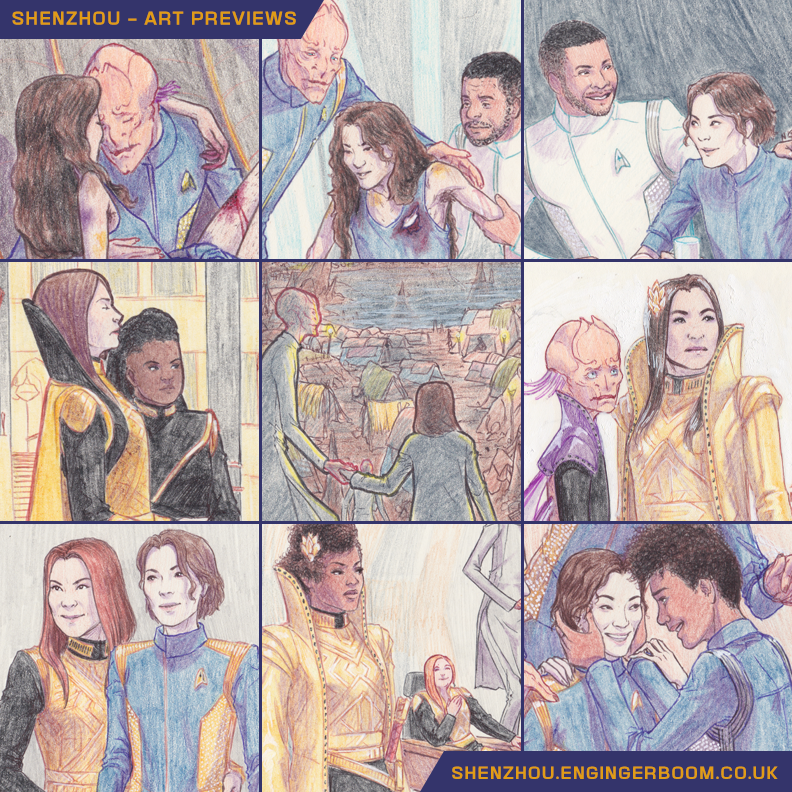 Featured aliens are the Klingons; huge formidable beings with impenetrable carapaces and incredible physical prowess, and the Kelpien; six-limbed formicidae-like beings that produce silk from their gasters, and are farmed by Ferasan for the silk and meat.

Other aliens reimagined and detailed in the book are Ferasan (Star Trek Online), Caitians and Vulcans, alongside Maintenence Robots (Star Trek TV21 #45) and related mechanical life.

The book has now been successfully funded via a Kickstarter campaign! A huge thank you to everyone who has backed the book, and I can't wait to get your copy to you!

You can follow the progress of the fanbook on Kickstarter!